With 4,000 Flooring Samples and a Minivan, Beaufort Businessman takes Store on the Road

In the past three months, Scott Ramsland of Fripp Island has put more than 9,000 miles on his van. Precisely 9,278.8 miles, he said Tuesday morning from behind the wheel of his mobile flooring showroom. Ramsland and his wife, Cathy, own a Floor Coverings International franchise that serves an area from Beaufort County to Savannah.

While Cathy makes appointments and manages their office on Charles Street in downtown Beaufort, Scott zooms across the area in a minivan that holds between 3,000 and 4,000 flooring samples — tile, stone, carpet, hardwood, laminate and vinyl. If it covers a floor, Scott wants to talk to you about it, and he’s willing to come to you.

Traditionally, customers get in a car and drive to Lowe’s or Home Depot or a smaller specialty store to look at flooring. But flooring that looks great in a store may look completely different once it’s installed in a home, he explained.

“The lighting generally is fluorescent, the colors that surround the flooring are muted and industrial looking,” he said of the big box stores. “In their home, in their lighting, with wall colors and furniture surrounding them … it’s a better way for a customer to shop.” 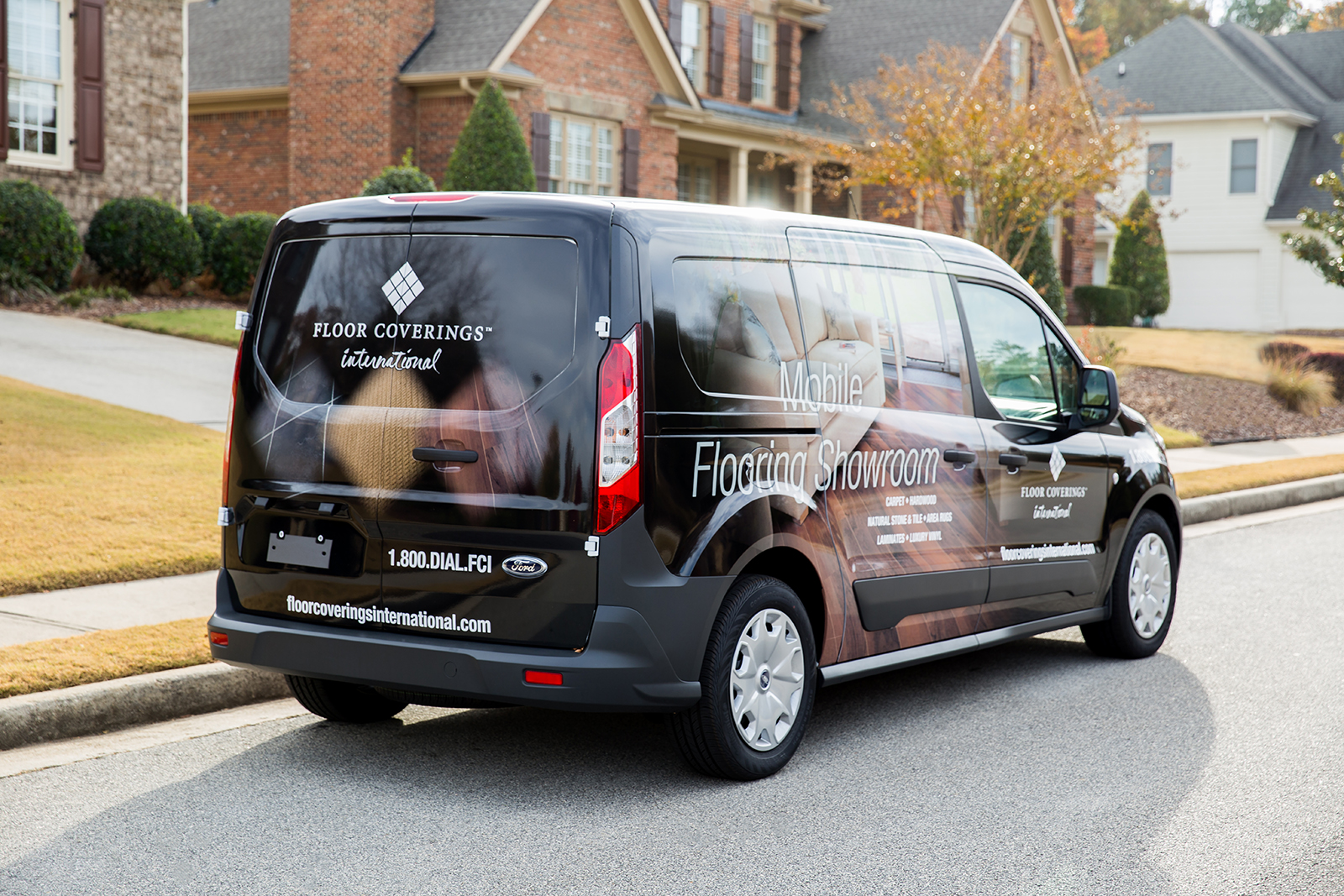 Scott, 62, has a business background but more from the customer service side, not floor coverings. “I was in the footwear business for many years, so I was walking on the flooring,” he quipped.

Still, he said, his experience in team-building and retail management seemed to be a perfect fit for owning his own business, and buying a franchise gave him the support he needed to learn about the products available, along with the ins and outs of working with subcontractors who handle installation after Scott makes the sale.

Seven or eight years ago, the most popular flooring material was laminate that looked like wood, but the biggest trend right now is luxury vinyl plank, Scott said.

“It looks very much like real wood,” he explained, adding that installation is easier and less costly than wood floors. And there’s a plus that works well for Lowcountry homes: “It’s built to be waterproof, and it cleans up very easily.” Scott and Cathy, parents of five grown children, have been married 42 years and lived in Chicago, Atlanta, St. Louis and Milwaukee before finding themselves in Beaufort County in 2011.

Living on Fripp Island, the couple saw first-hand the trouble residents have getting tradesmen to service the homes there. They also heard stories of residents elsewhere who couldn’t get help with smaller projects. One of the mobile flooring business’ first jobs was in Sun City, where a homeowner needed eight broken tiles replaced.

“Replacing eight tiles, quite honestly, isn’t going to make us a lot of money, but it was what the customer needed,” Scott said. “It was the right thing to do.” And sometimes, he said, small jobs clear a path for larger ones. So far, the couple’s business is growing just as they expected.

“We are tracking exactly where we thought we would be, except for gasoline expenses,” Scott said. With such a broad sales area, the couple hopes to add additional mobile units to their business, maybe as early as next year. “Two trucks are better than one,” Scott said. “Three is even better and four could be great.”

Ready to learn more about a Floor Coverings International franchise?